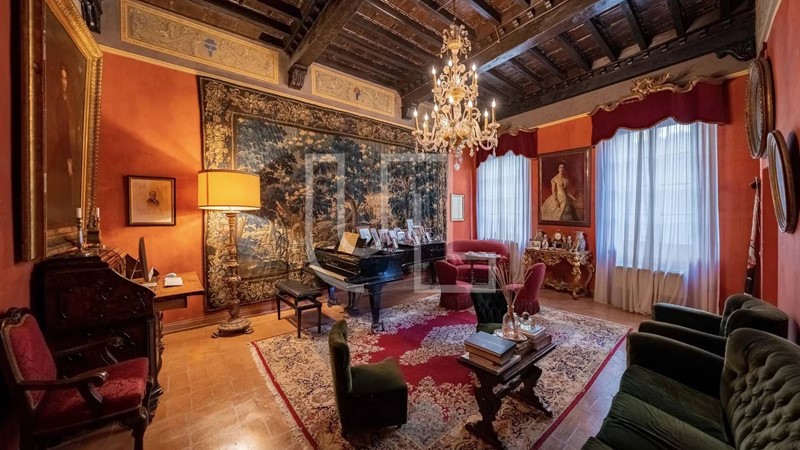 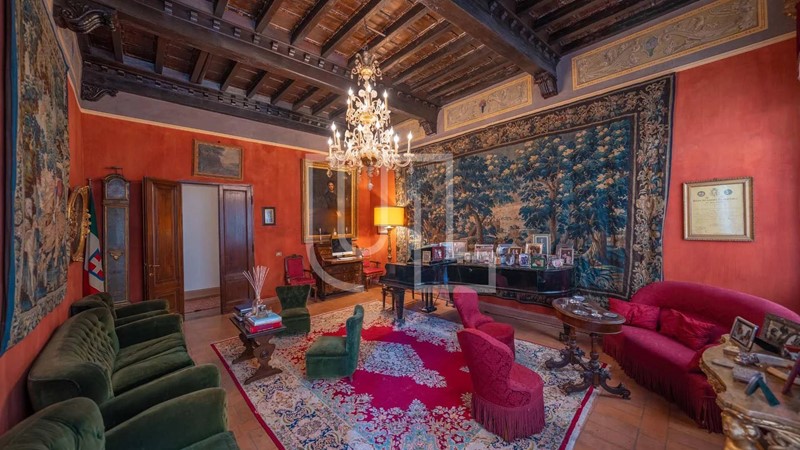 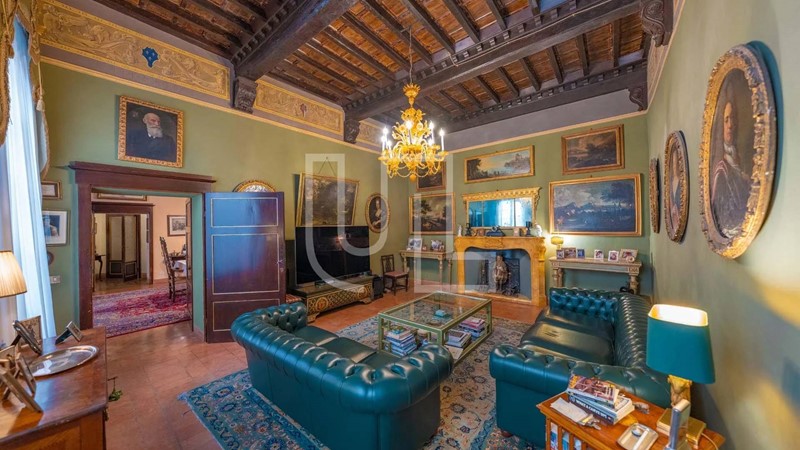 Apartment for sale, 28 Via di Città, in Siena, Italy

Elegant apartment located in a very quiet and private position in the heart of Siena, yet just 150m from Piazza del Campo and with stunning views over the Follonica Valley, just outside the city walls.

The 350 sq.m first floor apartment is set in a manorial palazzo and was owned by the famous Piccolomini family. It comprises a huge reception hall, kitchen and 3 spacious bedrooms with private bathrooms. Original features have been carefully preserved including old terracotta and parquet floors, colourful frescoes on the walls, original handmade wooden doors as well as high coffered ceilings and silk wallpapers in the living room. Additionally there is a 30 sq.m cellar, a storage room, workshop. It is also possible to purchase a spacious two car garage inside the neighbouring palazzo.

The historic centre of Siena offers many boutiques and shops and historic cities such as Monteriggioni, Montalcino, San Gimignano and Florence can all be reached in less than an hour by car.

Giovan Battista Piccolomini, a notable architect, had some role in the expansion and decoration of the palazzo, albeit not as a designer himself.

The huge garden at the rear was bought by Piccolomini in 1657 by one Alfonso Bandini. The original 16th-century look has been maintained and the only change over the years was the closing of five arches on one side of the courtyard to hide the garden from the alley that was built on one side of the palazzo.

Structurally speaking, the palazzo was elevated around 1737 to convert the mezzanine into a full-fledge floor, which was later decorated and enriched just like the apartments below.

Other works dates back to the 1797, such as the new iron door, travertine pillars to reinforce the support wall of the garden and the renovation of the muraglia castellana. The facade overlooking the garden was restored in the 19th century, since one can see the circular arches above the windows: cracked plaster shows the original ogival arches underneath.